My goodness -- I thought I would never finish downloading pics for this post!! Some may seem repetitive, or uninteresting to most, but -- I couldn't choose. SO -- these are the ones that made it. Believe it or not, I took around 150 pics+ throughout the evening. Darby Kate was a monarch butterfly. If you saw the pictures I posted on here previously, you were able to see the costume in full - all though she was crying her eyes out. We didn't make it with the hood/antennas, but we did make it with wings. Before we traveled over to Babe's neighborhood, we visited with our neighbors and saw their neat little setup in the cul-de-sac. I didn't want to push it with the wings before getting into the car, so she was the "polka dot princess" initially. I had gotten her a little "eight legged creature" (for those who know me, know why I can't say/type the word :)" bag. I know, I know. It shocked me, too that I even made the purchase. BUT, it was cute, and it made a cool sound, and his eyes lit up. Well, she carried it around for about two, maybe three seconds before she dropped it on the ground and walked off. Fine. That's what cameras are for, right?

On to the Strong Addition (that's Babe's neck of the woods) -- I was nervous about placing the wings on the butterfly -- so, I had Trev to distract her and I stuck them on real fast. There's no fooling her -- she did NOT want them to be on. She moaned and groaned and try to tug at them -- I think once she saw everyone over there she was okay. Then I discovered that I had put them on upside down! I eventually had to fix them -- my type A kicked in.

It gets pretty crazy crowded over in that neighborhood! Darby Kate had a great time -- she fluttered here, there, and everywhere. (which at times can be a little scary with so many people around!) She had a blast, and we did too! Thanks to Babe for a great Halloween gathering! Wonderful food and friends to see. Trev made his famous venison chili, Cherry made Cowboy soup, there was wonderful cornbread, sausage dip, crab fingers (a personal fav), sausage and cheese, and the list goes on...............

Darby Kate and Maggie had fun playing together, and competing for time with Babe and Poppy C. We decided last minute to dress up -- I was a very sad looking hunter (wonder where I got the get up?), and Trev was a 70's pimp -- pretty funny!! 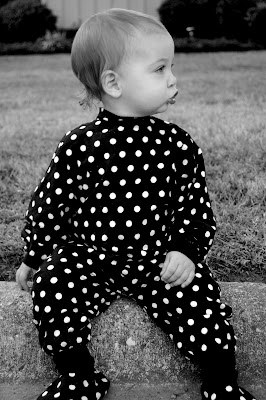 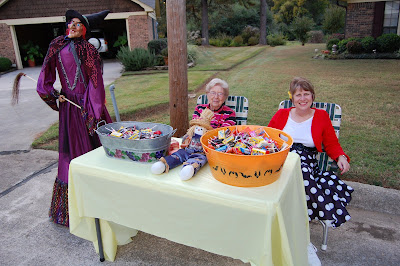 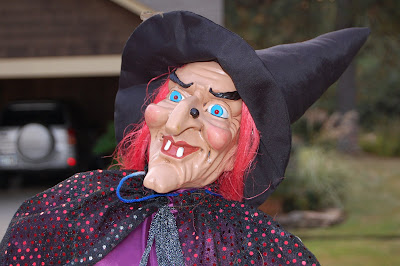 Darb's on her way to check things out 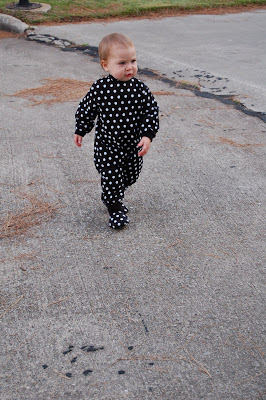 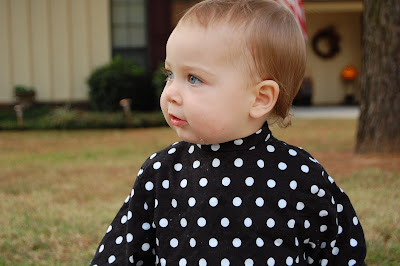 get these things off of me! 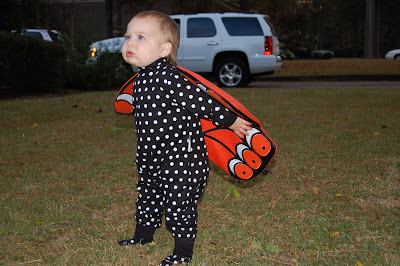 still not so sure about these wings 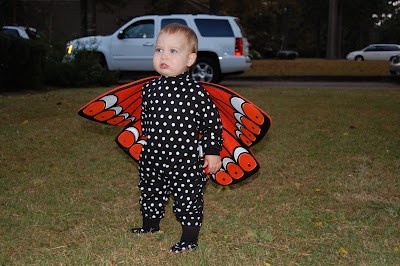 Mags and Darbs greeting each other 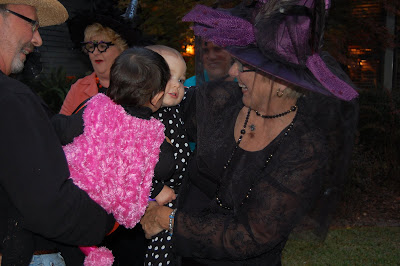 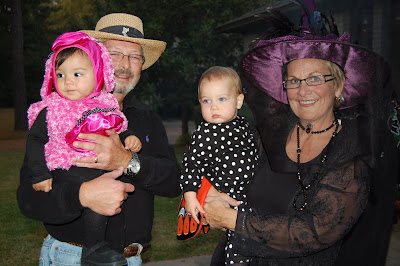 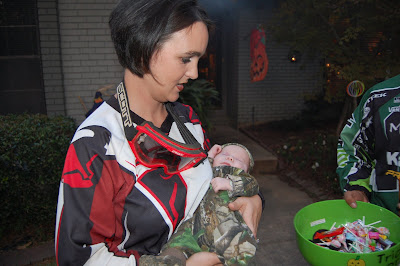 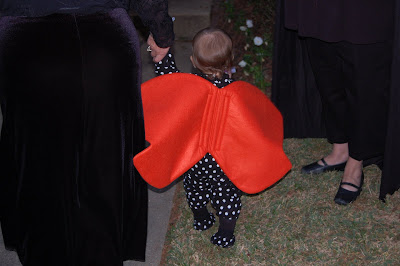 Babe showing Darby Kate the cool bubble machine -- the machine made bubbles with fog inside! 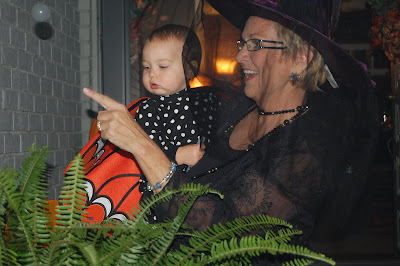 she looks a little like a broken butterfly in this one 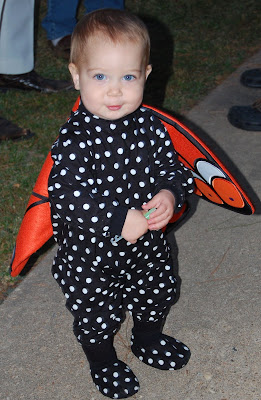 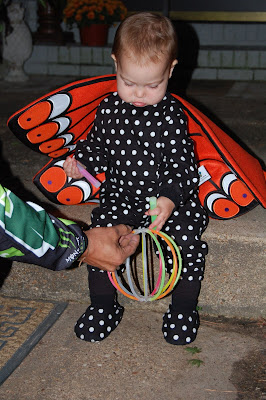 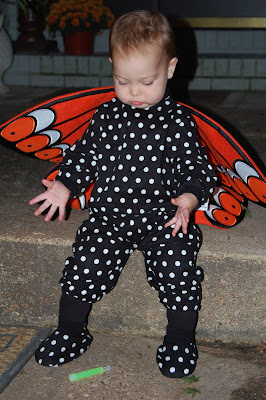 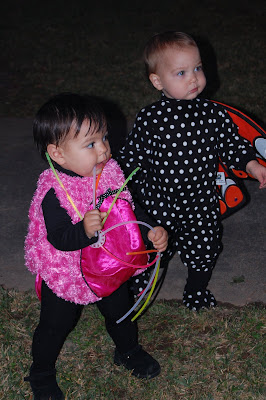 this is the only time the hat came into the picture. It never made it all the way on her head. 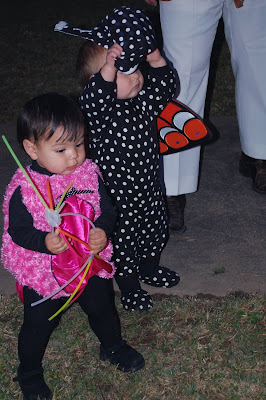 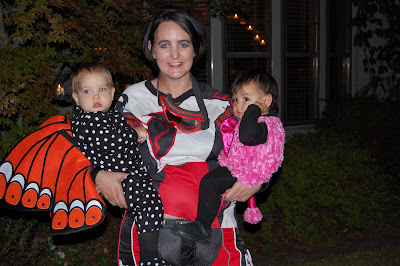 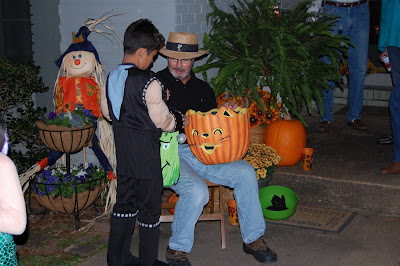 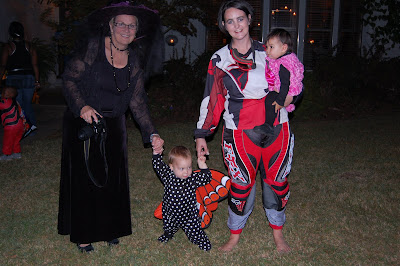 she kept "lighting" on all the trees 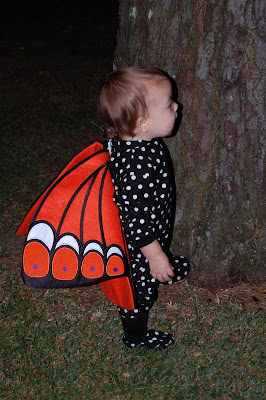 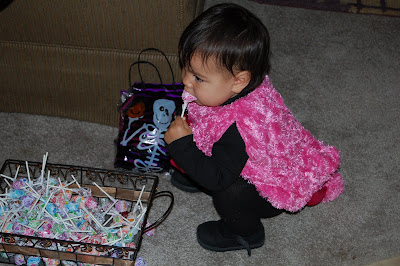 can I have a sucker, Mom? 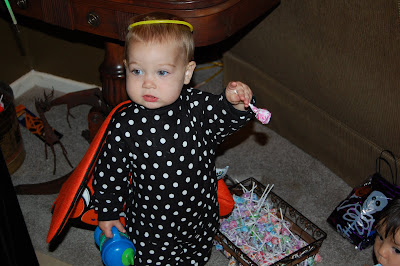 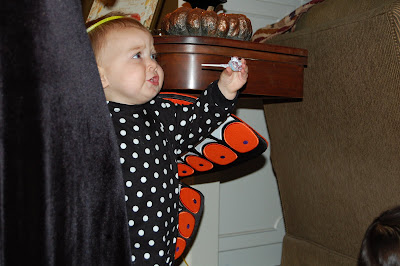