Tonight we traveled over to Texarkana to take Clancy out to dinner for her birthday. She was craving some sushi (no argument here) so off to Osaka we went. We did have Darby Kate and Miss Maggie in tow -- which leads me to another "new" something Darbs is doing..........SCREAMING inside. Tonight she let out a few, several.......no, MANY shrills. Some were out of frustration, some were joyous. Regardless of the fact -- they were loud and high-pitched. We received several STARES -- like, please remove your child immediately. After a few pods of edammame -- she decided to push everything off of the table that was placed in front of her. We gave her a pair of chopsticks for entertainment -- she saw us dipping into soy sauce -- SHE wanted to dip something, anything into soy sauce. I ordered her veggie fried rice -- she ate about 3 or 4 bites (guess what we're having for lunch tomorrow). I gave her a cucumber to chew on -- she then proceeded to get choked on it and scare me half to death!! After that -- I was pretty much finished eating. Hopefully, it wasn't crazy enough for Clancy not to enjoy her birthday dinner -- there were actually a few calm moments throughout the meal..........maybe? Happy B-day, Clancy!!

Last week, Babe wanted me to bring Darby Kate over so she could get a picture of the girls for her Christmas card. Easy enough. Yeah right!! What an adventure it is to get two 1-year olds to sit still, not touch each other (in a harmful way) and say cheese to the camera! Whew -- if I've said it once, I've said it a hundred times (at least since I've had Darbs) -- thank goodness I'm not a photographer. I'm so glad there are talented people out there willing to take on those stressors! I'll stick to the just-for-fun stuff! 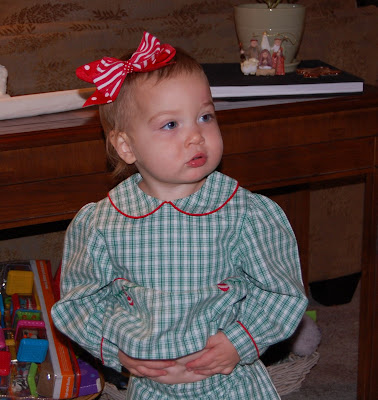 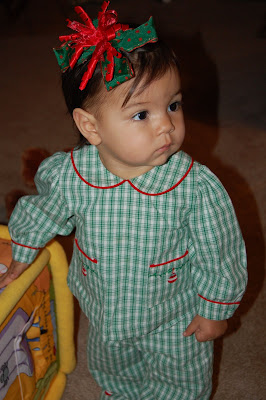 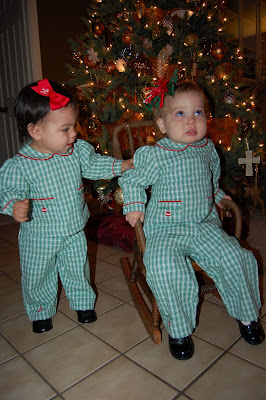 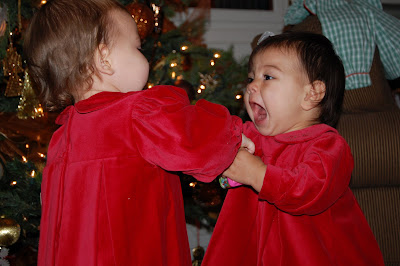 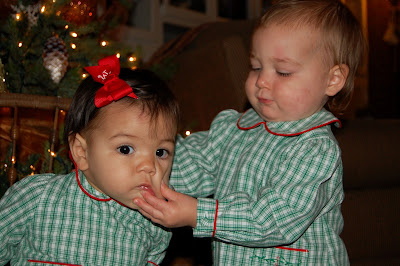 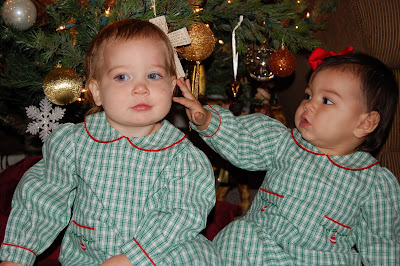 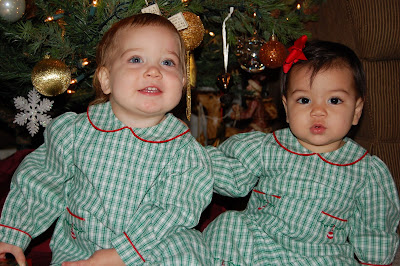 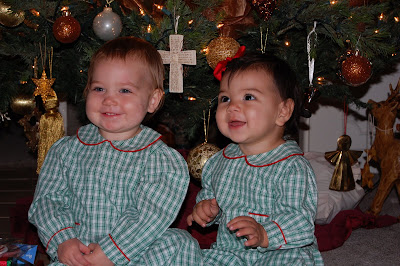 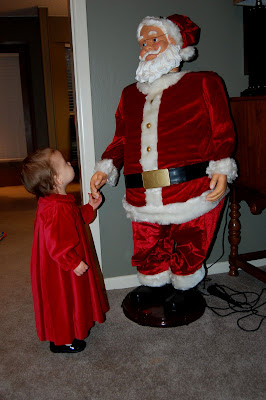 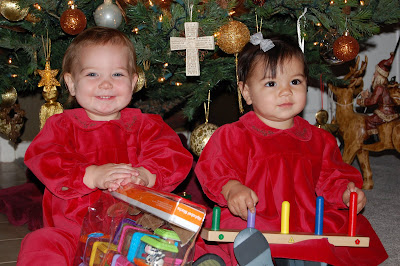 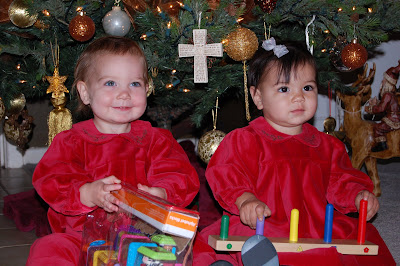 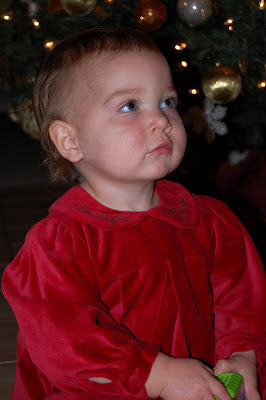